Welcome to the website of the Lustrum Radio of E.T.S.V. Scintilla's 11th Lustrum. We are broadcasting regularly: the schedule can be found here! 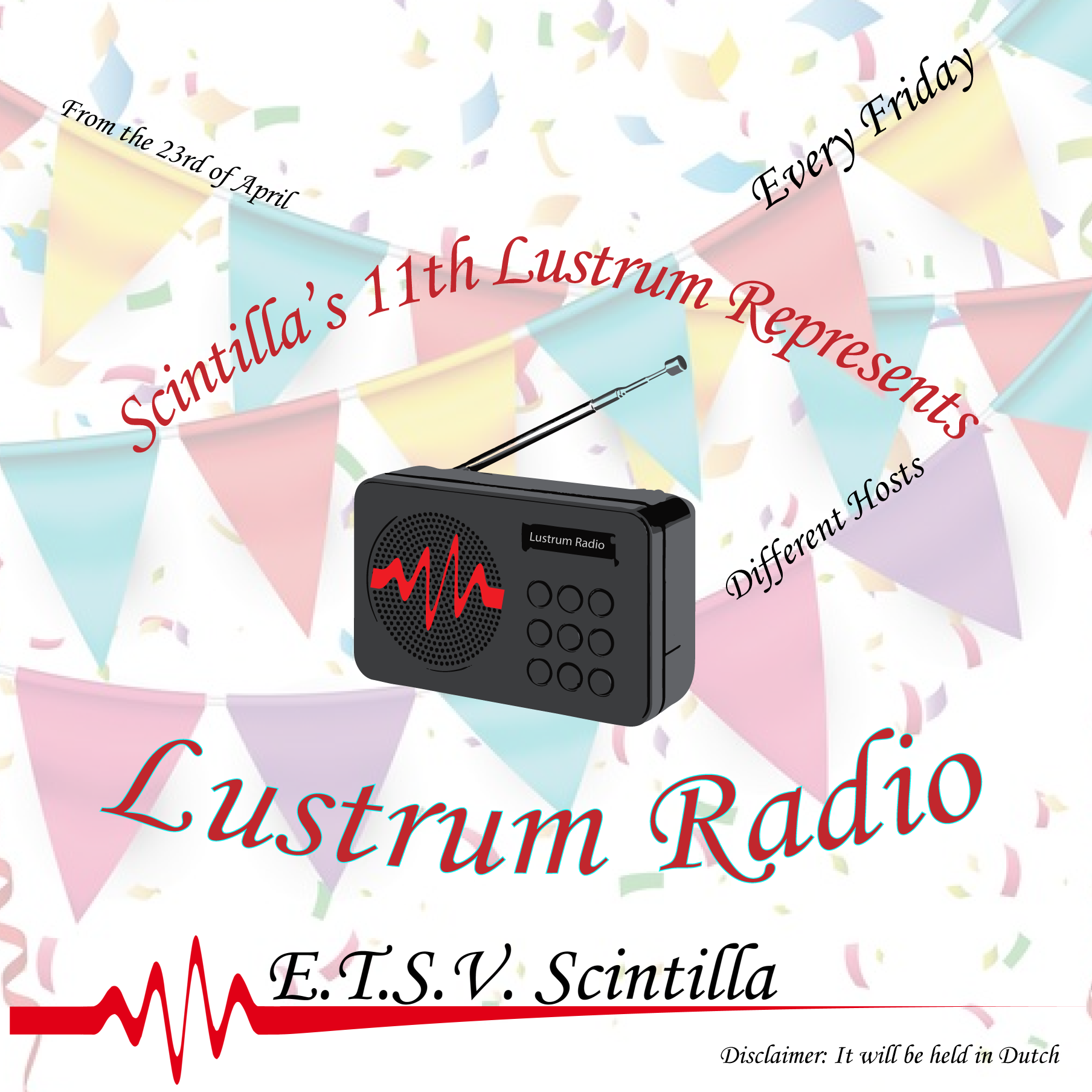 E.T.S.V. Scintilla was founded on the 9th of September in 1965. We celebrate this yearly with the Dies. On top of which that, a Lustrum is celebrated every 5 years, where many activies are organised as part of one big celebration. Scintilla celebrated the 55th Dies this year and for that reason we will celebrate the 11th Lustrum too! Preparations have been made well in advance, but unfortunately most of the preparations had to be abandoned before the Lustrum could start last September.

Many of the plans had to be postponed and postponed again, so instead a fool proof alternative is provided here. Throughout the coming weeks, a radio show will be presented each Friday, leading you right into the weekend.

Be sure to tune in!

Today the Lustrum Radio will have its first broadcast! We will start at 14:00 with a great show by Koen and Hessel, and in the evening Rick, Koen and Hessel will take over for the Lust-Rum! This awesome activity starts at 20:00.

Mathijn, Herjan and Wouter will start of with some nice EDM, ranging from lo-fi hiphop to happy hardcore. In the evening Bart and Rick will present a casual show with some fun games!

Bart and Koen will be broadcasting in the afternoon. Expect a lot of geouwehoer.

Join us in the afternoon for a nice show with Remmelt, Hessel and Mathijn! In the evening, Pauline and Lars will take over for the sangria and clay session. You can sign up for sangria and clay here!